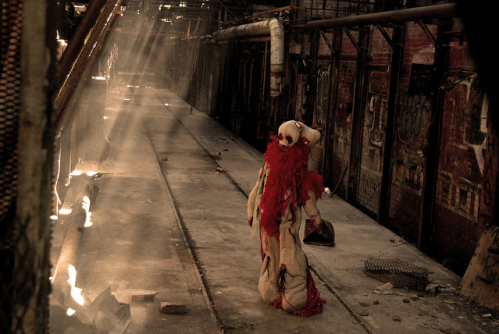 Lonesome Curiosity definitely peaked my curiosity.  Once I viewed the first instalment of Nika Belianina’s series, it left me wanting more.  The photos truly lived up to their name; Lonesome curiosity part 1 features a man in what I will describe as a post apocalyptic clown costume roaming a deserted alley.  Belianina shows an unlikely vulnerability to the daunting character illustrated by close-ups of his bloody extremities and tattered attire.  The story ends with the character triumphantly shedding his ragged costume revealing the beauty from within.  The series of photos have an overall sombre mood, which truly sets the stage for the story.  It reminded me of a carnival misfit that escaped the circus, tired of being a fixture of ridicule. 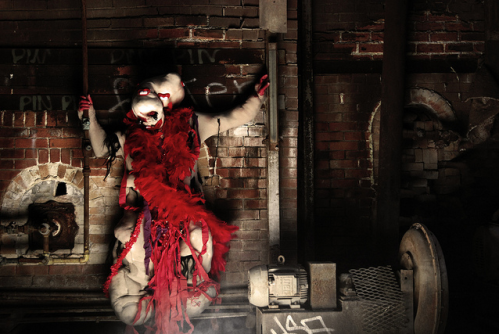 Lonesome Curiosity Part 2 features characters in couture-like mermaid garments swimming underwater. The carnival misfit theme continues, yet these characters are the beautiful attractions that many come to see. Nika Belianina captures the elegance of these beings through the cascading colours that are reflected in the water ripples. The subjects appear to be curious as their actions depict them exploring the surroundings for the first time. Both series create two different moods, yet they convey the same concept of curiosity. 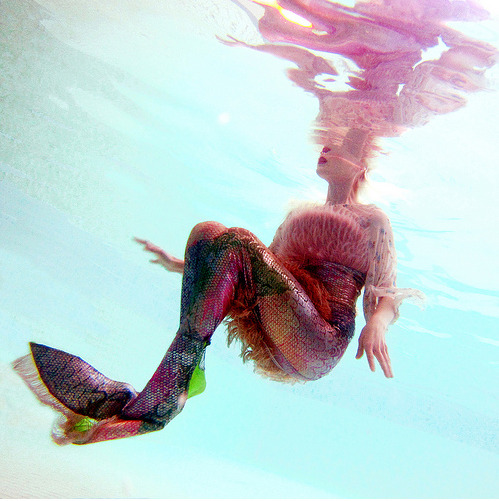 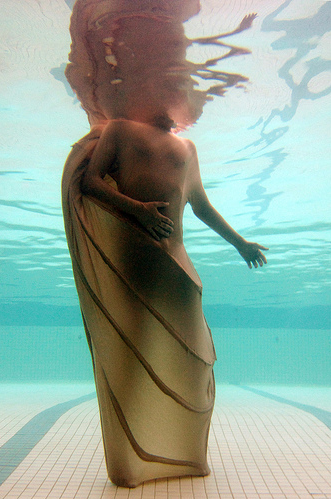